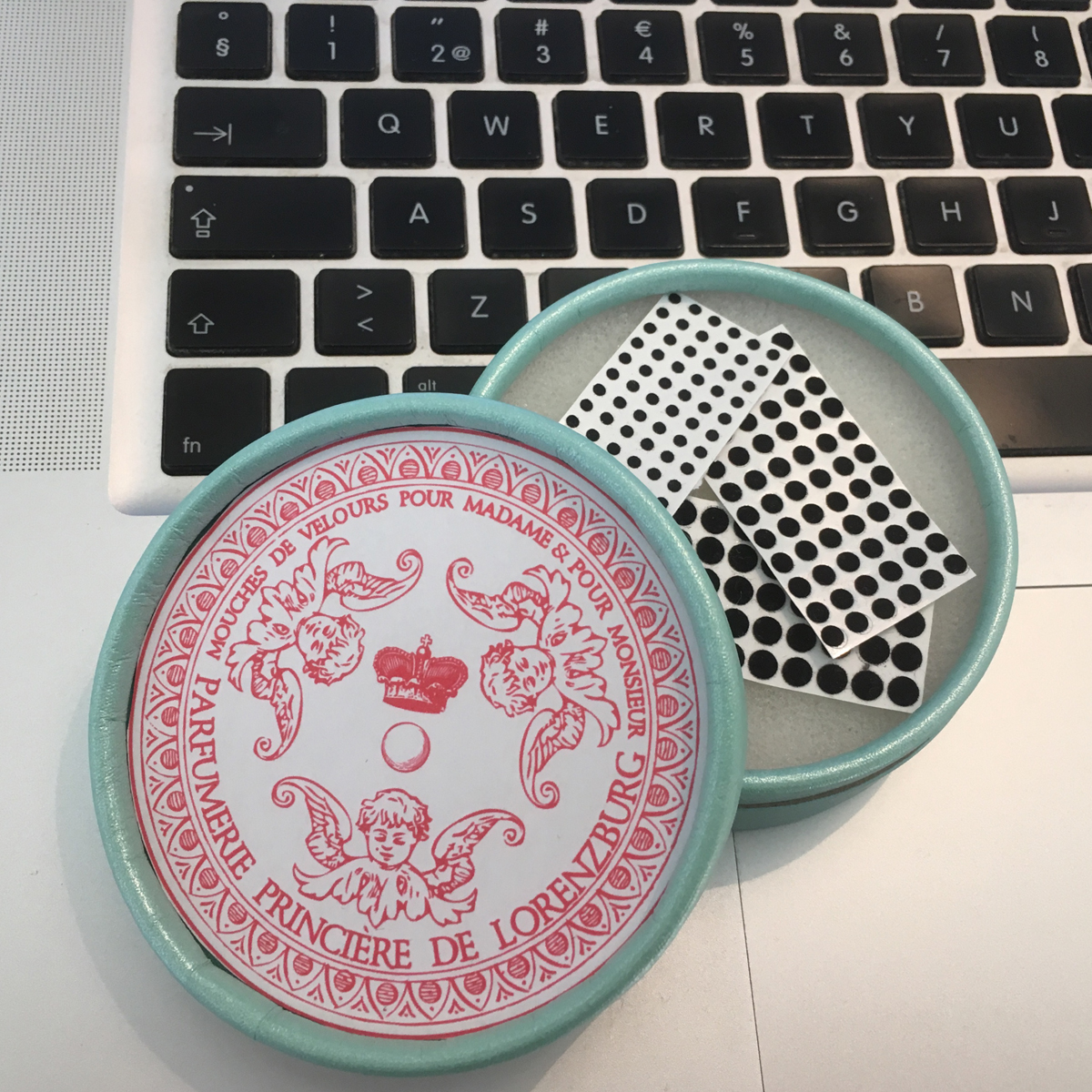 In ancient days sumptuary laws regulated how many of the little decorative velvet patches someone was allowed to wear. Commoners could use only one, while higher status people could use more according to their various ranks. On one historical occasion there was a peasant uprising that manifested in a Mouche Law Defiance. Members of the peasant class would show up sporting spots all over their faces. The uprising lasted a few days and resulted in some reforms, however the sumptuary laws, even though no one follows them anymore, where never formally abolished.