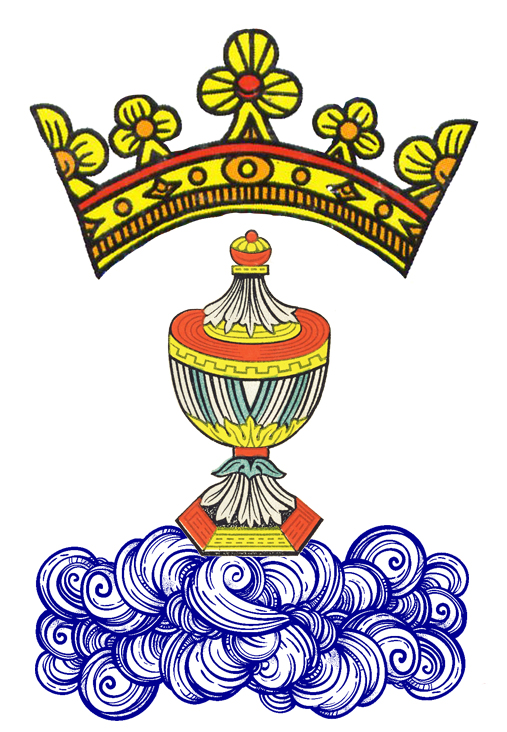 Anyone who becomes a citizen of Lorenzburg is also given the mythological space to take on a mystical persona for their travels in the nation. Someone may choose to be a Giant, another chooses to be the Court Jester, Astrologer or Knight. Citizenship in Lorenzburg is also an invitation to reflect deeply on one’s own essence. Who would you be if you were given the opportunity to live in to worlds simultaneously? Maybe a car mechanic on one side of the looking glass, and a ballet dancer on the other?

Citizen Cecilia Hardestam is the Grail Maiden, also known as “Virgo Gradalis”, in her Lorenzburg incarnation. Very little is known of the Grail Maiden, of her function in the stories or what her presence in Lorenzburg signifies. Her person is surrounded by the veils of legend: Who’s agent is she? What is the “Grail” that she is said to guard?

However, it is known that she is the guardian of both the “Chrisma Principate”, Lorenzburg’s sacred or magical coronation oil, and of the personal banner of the Prince of Lorenzburg, called the Sacrivexillum. The white three-tounged banner features a crowned cup resting on a cloud. Tine red droplets are spraying outwards from the cup and in blue the latin verse from Isaiah 35:1: “The wilderness and the solitary place shall be glad; and the desert shall rejoice, and blossom as the crocus.”

Who do you want to be in Lorenzburg? Let us know!