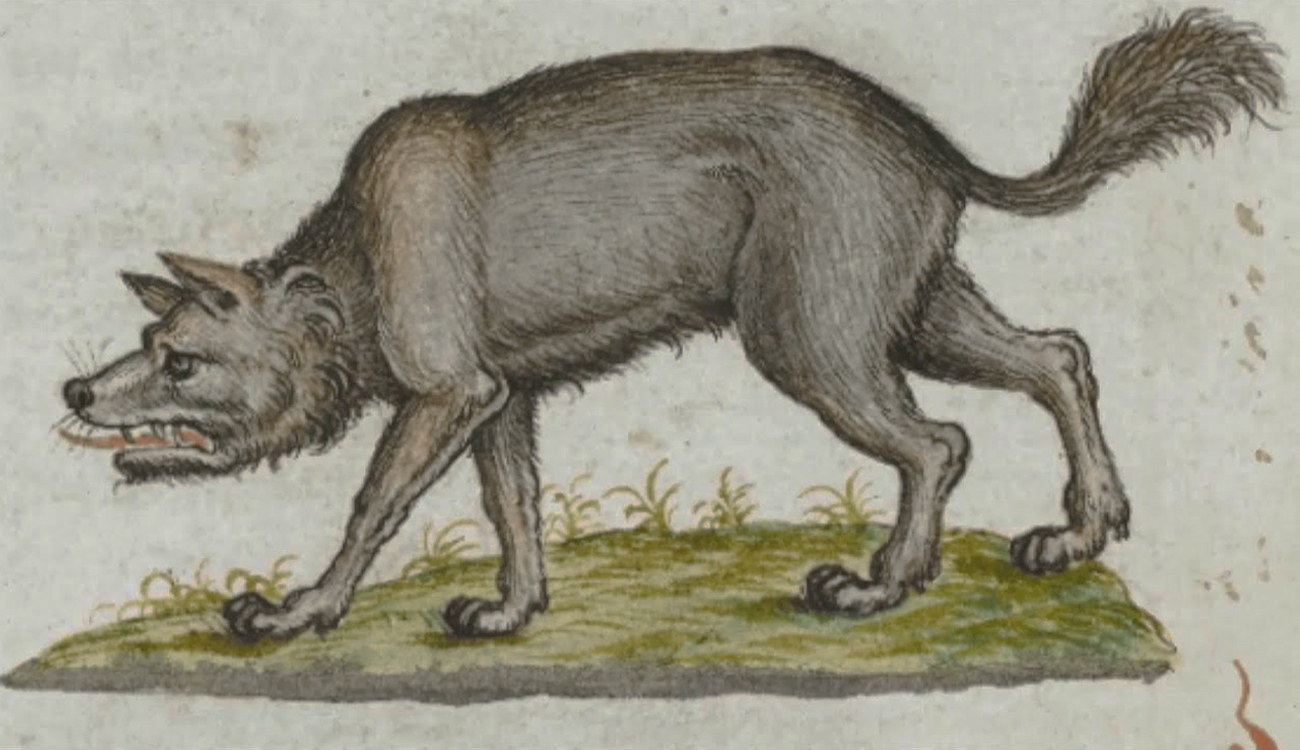 Saint Peregrine’s day on the 16th of May used to mark the day for potato planting in the south of Sweden. In Lorenzburg and the surrounding areas this was the first day of releasing the cattle after the winter. A tradition of a ceremonial chase developed in relation to the events. Parties of numerous people walked the woods as they shouted “Saint Peregrine, bind your dogs!” It was believed that this magic charm had the power to scare off any wolves that could otherwise harm the cattle.
This ceremonial staging is a kind of apotropaic, from Greek αποτρέπειν “to ward off”, magic action to protect from dangers, in this case specifically from wolves.

In Lorenzburg the day is celebrated with a kind of mumming play where people dressed up as wolves walk in procession before a figure who calls out the traditional call to St Peregrine to bind his “dogs”.

Historians believe that Saint Peregrine was a missionary who was sent to the rural areas of Gallia. The Martyrologium Hieronymianum, a catalogue of martyrs, tell the story of how the saint was beheaded because of his faith. In the 9th century the priests of Auxerre refashioned this local martyr into the mythical first bishop of their city.