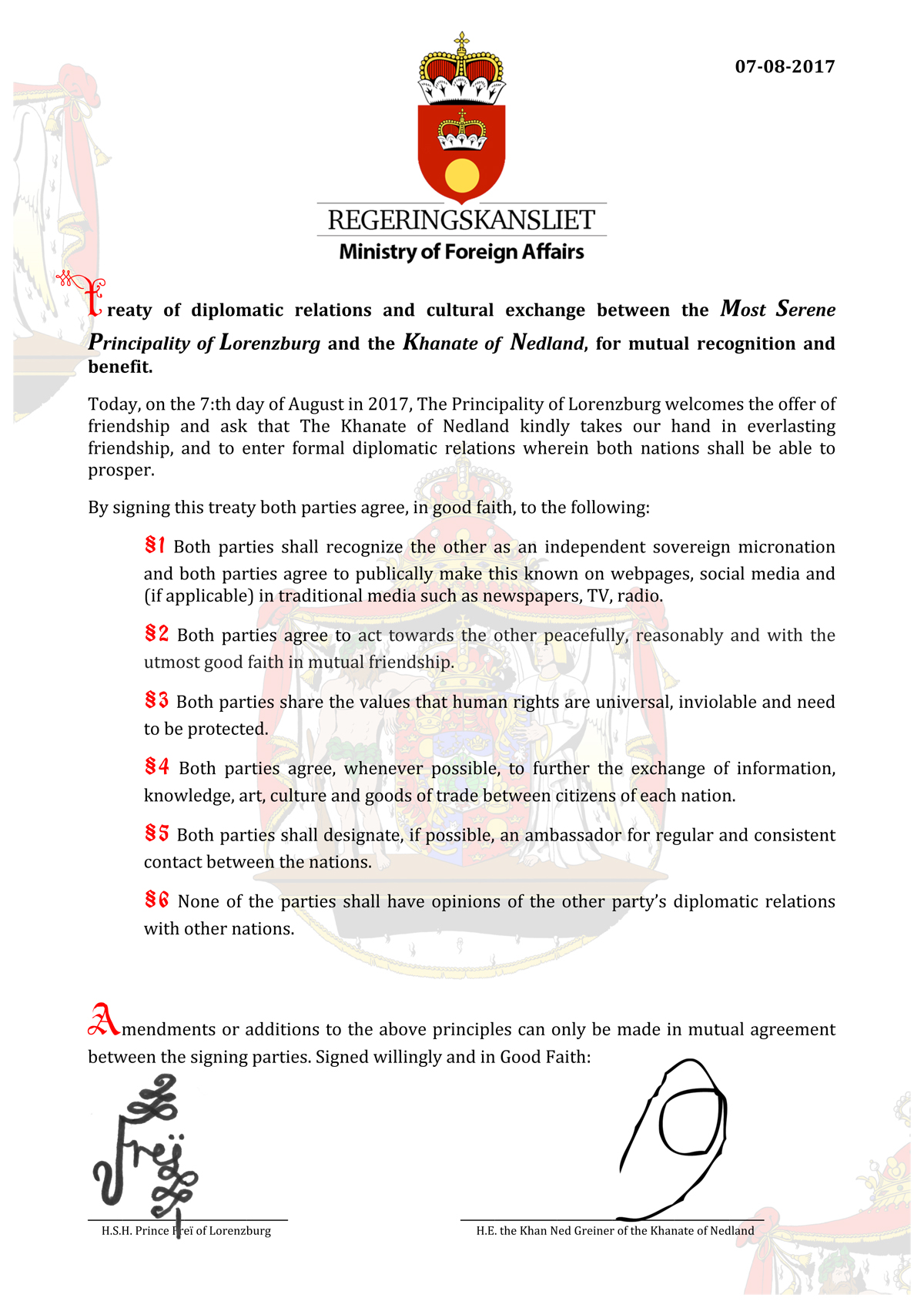 We are much delighted to make public the news that a treaty of mutual recognition, diplomatic relations and cultural exchange has been signed between The Most Serene Principality of Lorenzburg and the Khanate of Nedland on August 7:th 2017. We trust these relations shall be of mutual benefit to both nations, and Lorenzburg will shortly appoint an ambassador to the Khanate.

The Khanate of Nedland (Cyrillic: Канат ов Недланд; Šlovedkian: Kéntsvu Nidpudi, Norwegian: Khanatet Nedland), is a secessionist micronation, and a constitutional monarchy. It is located primarily in the Washington, D.C. area of the United States, with territory in eighteen other macronations. The country is divided into 48 departments. It is a member of the Holy Roman Empire. Nedland also has an enclave in the territory of Mahuset (Alkland) and vice-versa (Lundenland). The Present Genghis Khan is Ned Greiner and the current Chief Advisor is Hasan Çakar of the Labour Party, elected in May 2017.

Learn more about the Khanate of Nedland