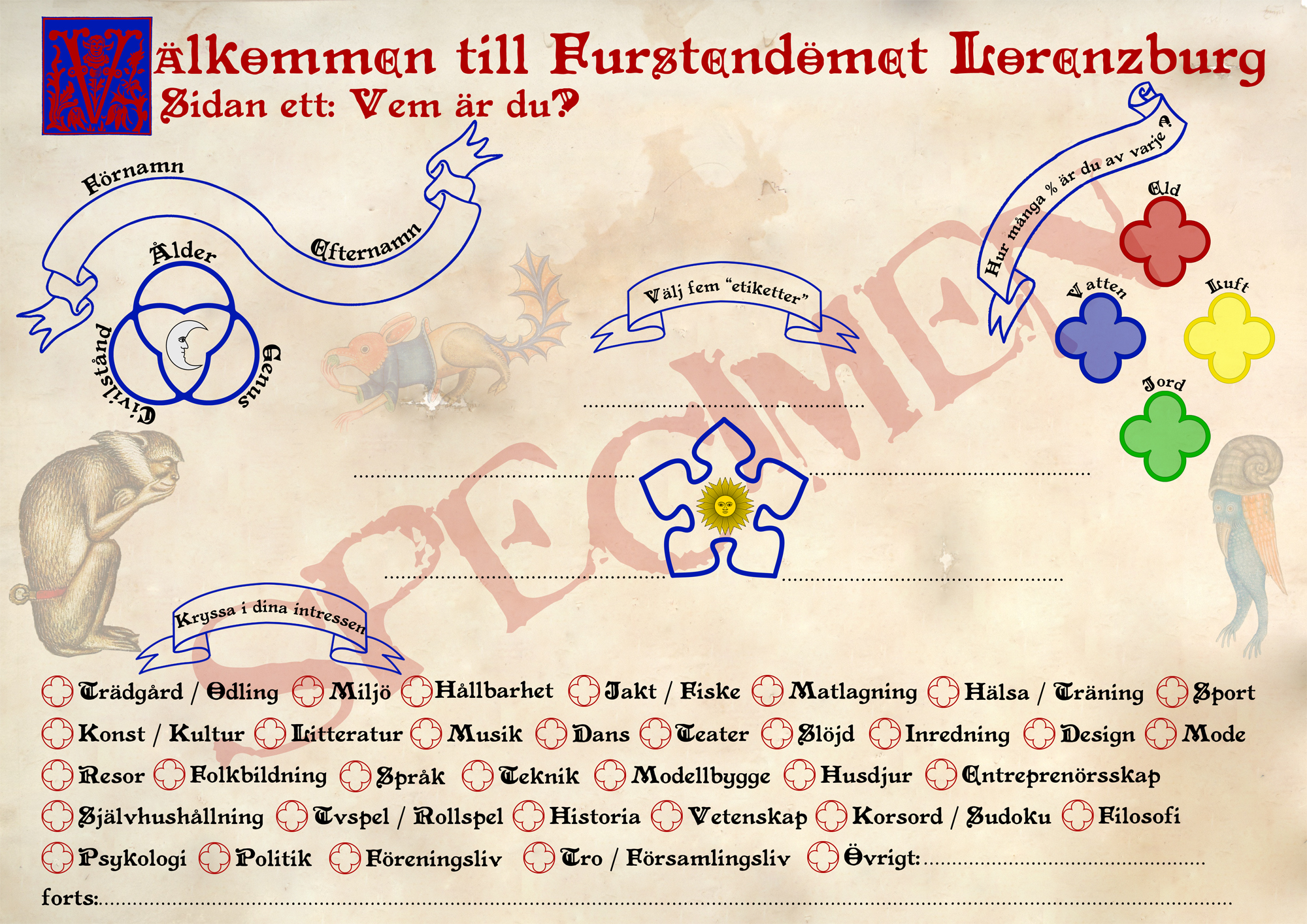 The story of the Principality of Lorenzburg is, first and foremost, the story of a place and the people who live there. Princes, crowns, coats-of-arms and ministries may come later. As project manager (and Prince) I am both interested in meeting the citizens as they are today, but also to see them in their longing to become what they want. Lorenzburg is about contributing one’s gifts and talents and dreams, and to develop new tools for community, individual expression and joy. micronation

Me being an old RPG Nerd, I wanted to find a fun and inviting way for the participants to concretize their participation in the project: making it coherent and easy to survey. Ergo, I rely on a concept which I have inherited from the roleplaying game hobby: The Character Sheet!

I the roleplaying game session the players are both actor and audience in a dramatized story. Often the participants create a persona or role which can be their agent in the narrative. These characters are concretized as a spread sheet with numbers and snippets of stories. The sheet allows the player to follow her character’s, and the storyline’s, development in an easy way.

As project manager for Lorenzburg I am making “Persona Sheets” for the participants to fill out in order to make more concrete who they are today and  how they want to participate in the project. Of course it’s mostly for fun and for the participants’ own keeping.

The motto is: Come as you are, Be what you want!