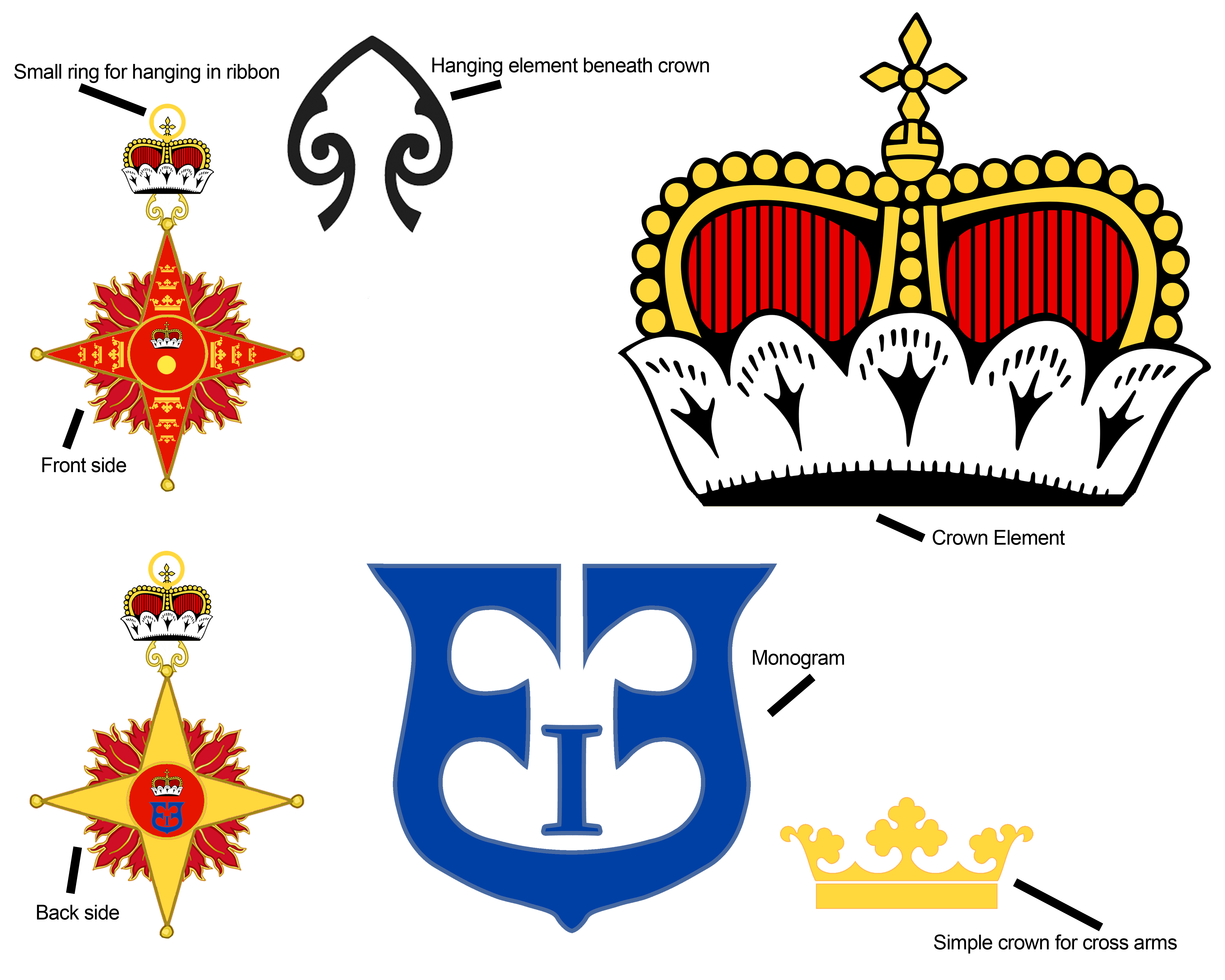 Awarding Orders of Chivalry is a time honored and beautiful way for a nation, or sovereign, to show gratitude or appreciation. We are currently tidying up, and making more homogenous, the designs for the various Lorenzbou orders. Below can be found an assortment of orders with explanations of the symbolism. micronation

Based on the nation’s flag Oriflamme

The Order is a rather straightforward adaptation of the red and gold flag of Lorenzburg. It is the highest order available to citizens and the customary token awarded to foreign heads of state.

The princely order of the holy anointing. Based on the personal standard of Prince Freï, the Sacrivexillum.

The flag and the order shows symbolism of the animating force of the Prince in his capacity as “Genius Loci”, an avatar of the spirit of the land. It is also a celebration of the mysteries of Fons Honorum, fount of honor. The order is solely awarded as a token of friendship towards other crowned monarchs.

The Medal shows the droplets of mystical anointing that flows through the sovereign and animates the land. The motto is from Isaiah 35:1: “Laetabitur deserta et invia et exultabit solitudo et florebit quasi lilium” – “The desert and the parched land will be glad; the wilderness will rejoice and blossom. Like the crocus”

This order is awarded to distinguished members of any profession that deals with navigation, education and negotiation: Merchants, Diplomats, Educators:

The medal is a full compass rose. On the front a ship with mast surrounded by the natural phenomenon “St. Elmo’s Fire”. The back side features Prince Freï’s crowned monogram.