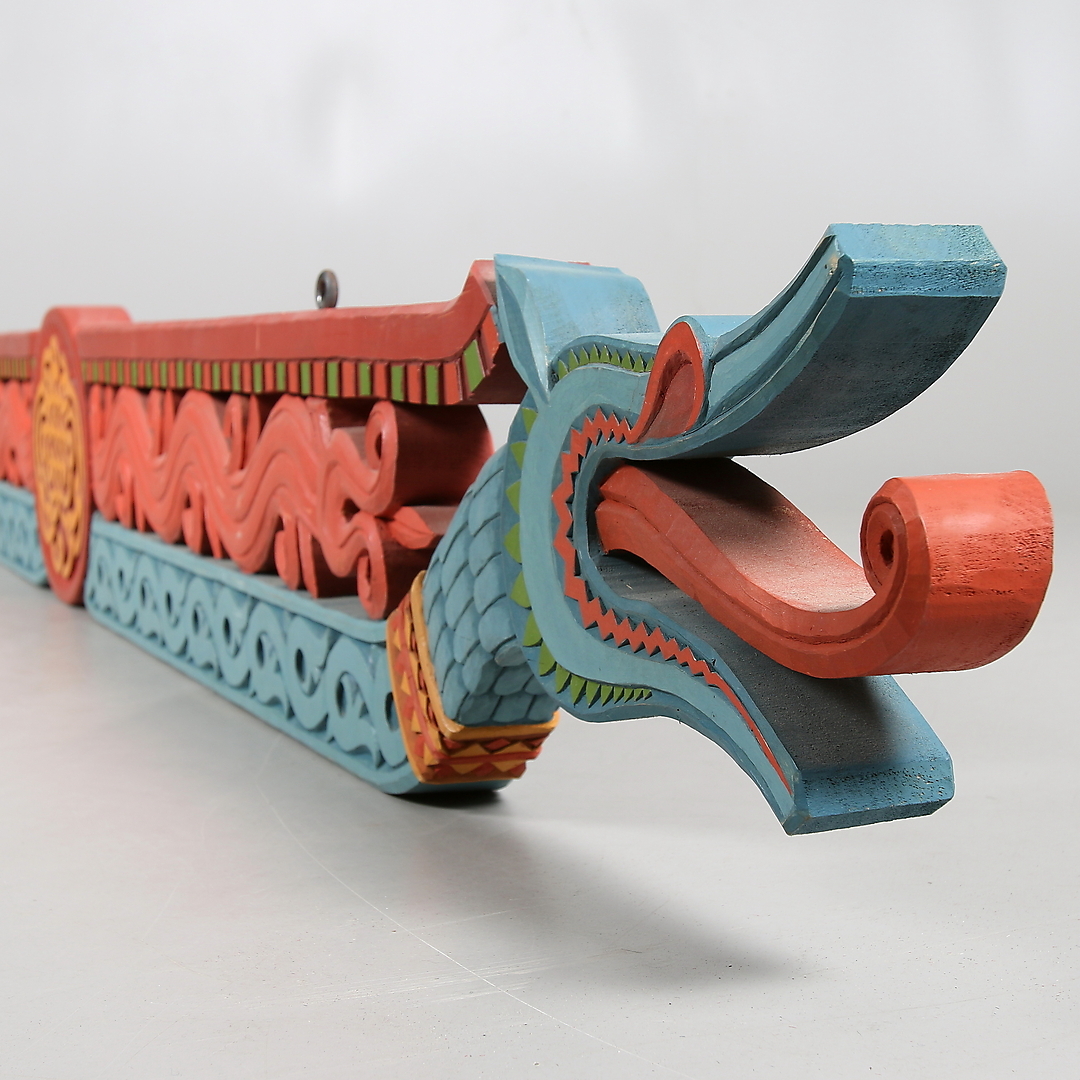 The Crown Beam is a rod, wooden bar or beam that was traditionally hung from the ceiling in the cottages in the days of old. The Beam wasn’t predominantly used for hanging things on, but was rather used as a ceremonial divider between inside and outside. The often lavishly decorated beam was hanging close to the main entrance in the house and it was understood that outsiders shouldn’t cross under it uninvited.

The Crown Beam had a ceremonial function of marking the true entrance to the living area. The space beyond it was sacred, safe and inviolable. In Lorenzburg the Crown Beam was often splendidly decorated in the shape of stylized animals or dragons. Even today the Crown Beam is often present in Lorenzbou homes as a reference to tradition. The Beam is often inscribed with the names of the members of the household as well as protective symbols.